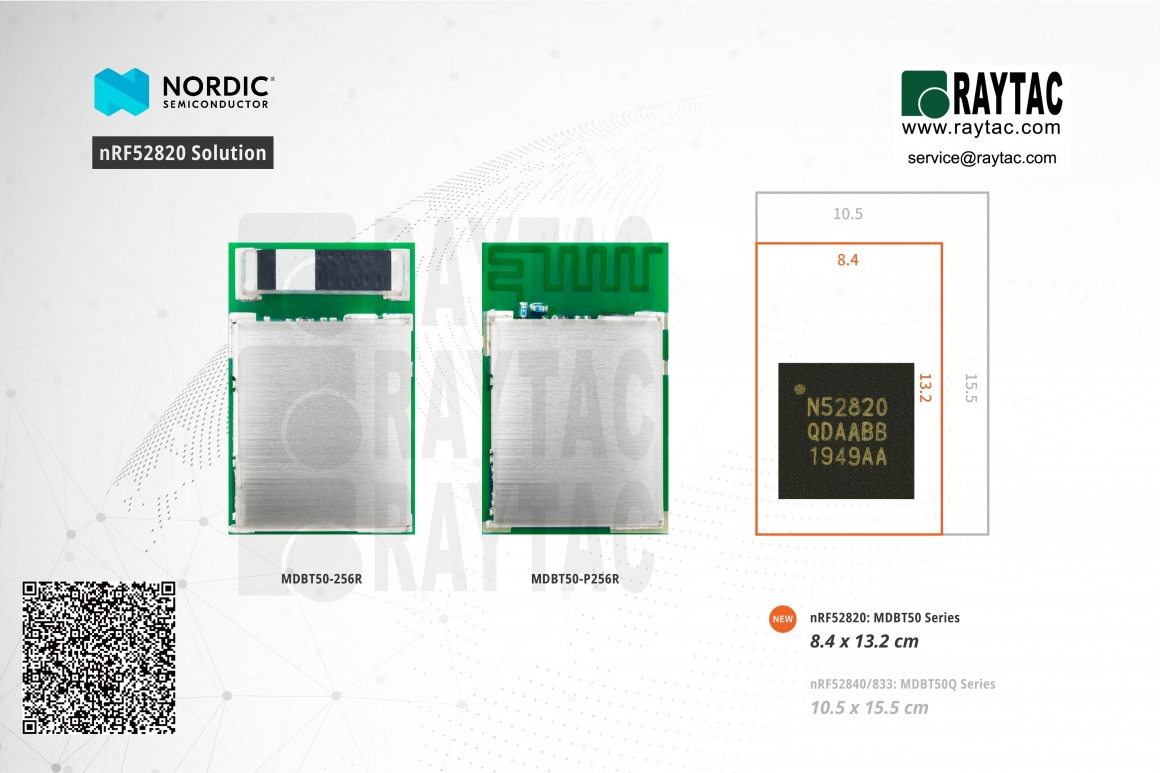 MDBT50 series module is a compact form factor SoM with both Chip and PCB antenna options available. Powered by nRF52820, MDBT50 modules are capable to feature a +8 dBm TX power, -40 to 105 °C operation temperature, which brings flexibility and mobility for either commercial and industrial implements.
On the other hand, nRF52820 is a pretty advanced solution which can be considered as the perfect alternative for those extended projects originally designed by nRF51822. nRF51822 is Nordic's first SoC released in 2013 and now already is the most common solution in the market. With IoT related applications getting more and more popular and complicated these years, the capability and power consumption of the solution has become main concern for developers. Apparently, nRF52820's is the best next generation candidate amid the various solutions to work for wireless application including lighting, asset tracking, sensor networking, HID and gaming products.

To have a better understanding between nRF51822 and nRF52820, readers can refer to to the the simple comparison chart provided in below. Those applications use less than 18 GPIO is highly recommend to consider nRF52820 instead of nRF51822. 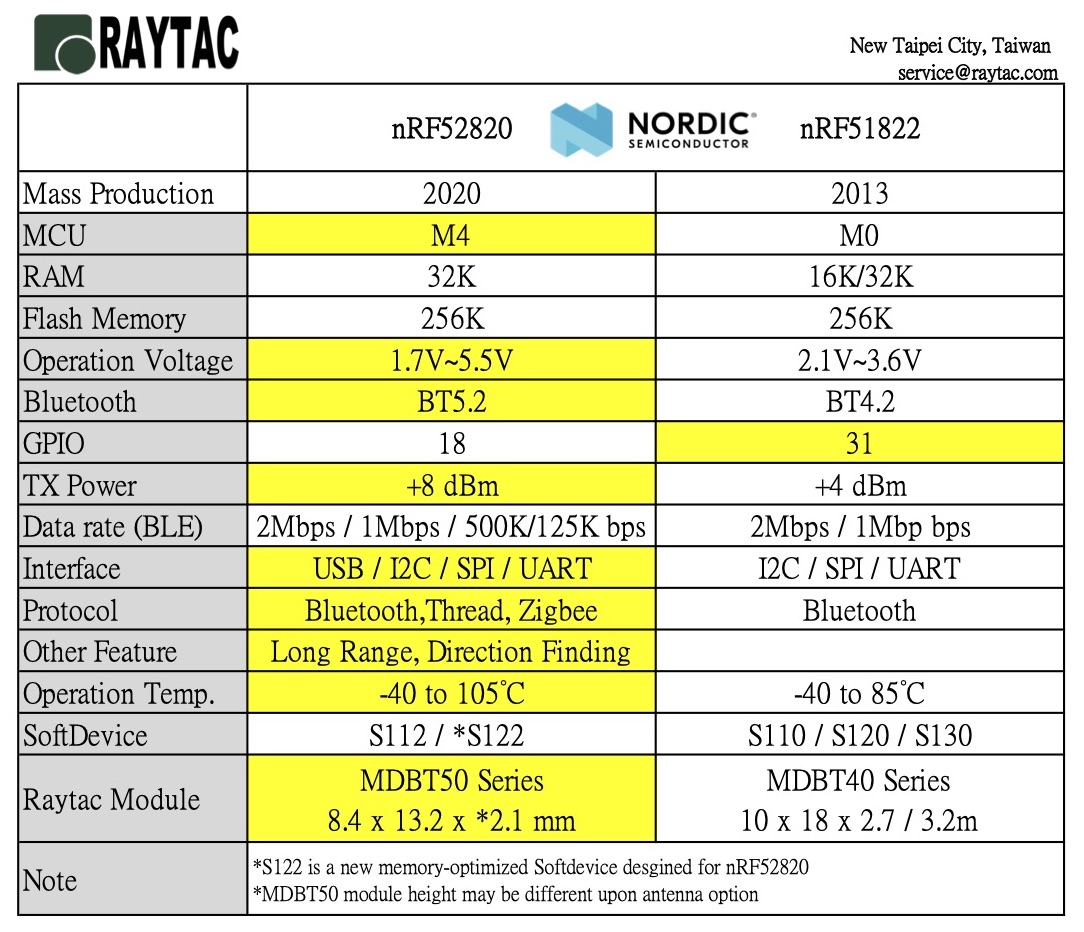